If you weren’t able to march towards success in 2018, don’t be disheartened. Because we have a tale full of bravery and determination to help you proceed towards glory this year. This is because 2019 has brought with it a truly inspirational tale- the story of Lance Naik Nazir Ahmad Wani.

The Indian armed forces have always provided us interesting and inspirational stories of the brave hearts. But the story of Lance Naik Wani is not one you hear every day.

Let’s find out why Lance Naik Wani’s story is different and inspirational. 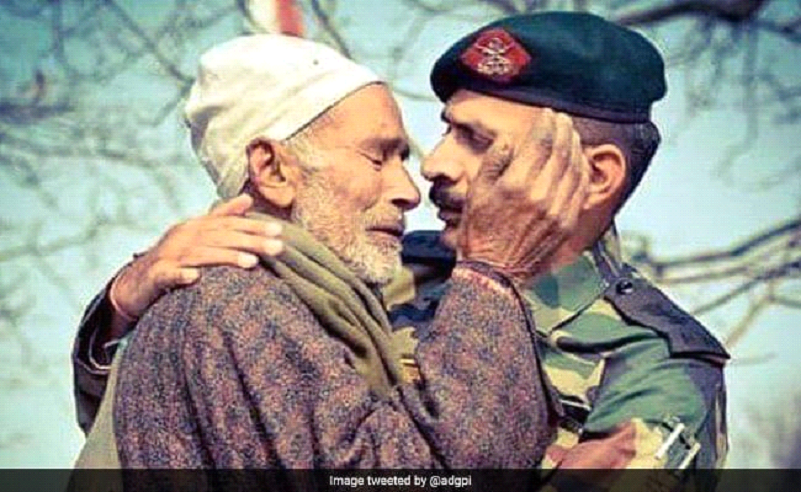 Turning into the right track

Lance Naik Nazir Ahmad Wani started his journey as a militant! In the early nineties, he joined the pro-India militia group called Ikhwaan. As a misguided youth, he moved out of his home and stayed with the insurgency group renouncing his family. When the militia was disbanded, he surrendered and decided to enlist for the Indian Army, in the 162 Infantry Battalion (Territorial Army/ Home and Hearth), Jammu and Kashmir Light Infantry, in 2004.

An important lesson we all can learn from this. If you have taken up a professional path which you feel doesn’t do justice to your personality and skills, you can always start fresh and learn new. Try taking up a correspondence course so that you can balance both your personal and professional lives.

Bravery is the key to success

Wani was known to be passionate and a Braveheart on the field. His participation in an anti-terrorist operation in 2007 got him a Sena Medal. He followed up with another in 2018.

His achievements didn’t just end there! During last year’s operation in Hirapur village near Kashmir, he prevented a group of terrorists from escaping alive by displaying his bravery. Once Wani reached their location, he gunned down a LeT district commander and another foreign terrorist before he himself got wounded. Even with the severe wounds, he ensured to extract his injured colleagues before breathing his last.

His valor and sacrifice were recognized the Republic Day this year with an Ashok Chakra, the highest peacetime gallantry award. His wife, Mahajabeen, was the one who received the award on his behalf.

Remember that if things are going tough in your education, irrespective of whether it’s a distance learning course or otherwise, the willingness to work hard and take on challenges to show your true colors are the keys to success.

This story is a reminder of sacrifice, valor, and faith, that one can have in their homeland. For the true faith in its sovereignty and safety, Wani gave his everything. Another mention that is must, is Mahajabeen’s support for her husband’s choice, which equally shows her patriotism and faith in her country.

All in all, Wani’s story serves as a constant reminder to everyone to uphold the same conviction and passion with which he had served his country. His tale can inspire distance learning students who are looking for motivation to pursue their desired courses this year. Good luck with your endeavours!