Remember those history classes long ago in school? Somewhere between the lessons on the Indus Valley civilizations and the Quit India movement, you must have read about Rani Laxmibai. We are sure your heart used to swell up with pride when you read about her courage. 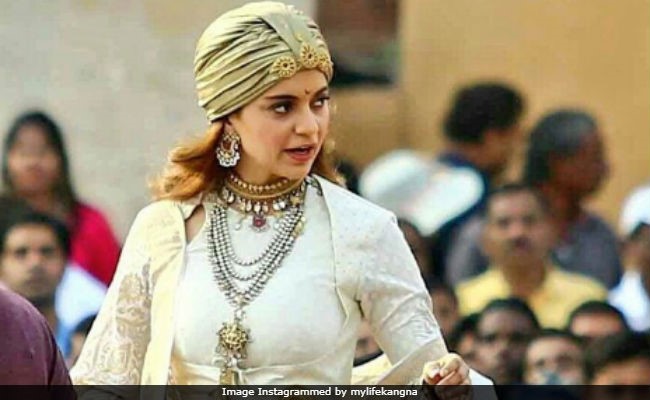 It’s time to feel proud again. Bollywood is breathing life into India’s golden past by turning words into visuals. Previously, it was Padmaavat, which was loosely based on the story of Rani Padmavati. Yet another anticipated movie - Manikarnika will also release soon.

The movie is based on the life of Rani Laxmibai and Kangana Ranaut takes the lead role to play the Queen of Jhansi. What really makes this movie special is the fact that it narrates the story of one of the bravest women in India.

If you are a distance education student with a keen interest in history, this could be a good break for you from studies with some useful lessons in leadership.

The woman of honour

Remember the lines “Khoob ladi mardani woh to Jhansi wali raani thi” from the poem by Subhadra Kumari Chauhan? True to each word and relevant even today, there’s a lot that you can learn from Rani Laxmibai.  Her confidence to take up arms, authority to lead an army of men and the grit to take down British raj single-handedly can help each one of us in overcoming the challenges of life!

3 leadership lessons you can take from Rani Laxmibai

Did you know Rani Laxmibai was educated at home? She mastered the art of fencing, shooting and riding a horse without going to a proper school of martial arts.

Interesting, right? But what set her apart was the way she used her skills with the right attitude. Even when the odds were stacked against her in a battle, it was her positive attitude that made her a legend.

A student pursuing distance learning course in Mumbai or even a small town can learn a lot from this quality of Rani Laxmibai. Your attitude and willingness to learn decide how quickly you can gain knowledge and master new subjects.

Her sense of flexibility as a leader

Manikarnika lost her mother at the tender age of 4. She was married at 14 and by the time she turned 18, she had taken the huge responsibility of fighting for her land against the Britishers.

It’s common knowledge that Rani Laxmibai was a skilled fighter, but did you know she possessed great reasoning and logical skills too? Before entering into a battle with the British rulers, she wrote several letters to the British officials that pointed out the violation of the Treatise of Government of India. She tried to convince them without getting into a battle to avoid bloodshed.

This showed her leadership skills and flexibility in approach to find a solution. When she knew the war was inevitable, she recruited women and created a fierce all-female militia.

Her undying commitment towards her goal

The Queen of Jhansi devoted her life to the last breath for the freedom of Jhansi. She trained over 14,000 troops and prepared for a war of epic proportions with the British army, which was led by Major General Hugh Rose. The battle is believed to have lasted for 2 weeks with over five thousand casualties from both sides.

In Major General Rose’s report, he said, “She is a wonderful woman, very brave and determined. It is fortunate for us that the men are not all like her." Her undying commitment towards her goal led to her immortality as she’s revered and remembered even today.

As students preparing for various BBA courses and MBA courses, it is important that you learn the importance of having a strong will-power and devotion towards your academic goals. Which quality of Rani Laxmibai do you admire the most? Tell us in the comments section!